When It’s Broke, Fix It! 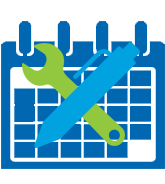 universities, even employees who were the most focused on learning and improvement were “significantly unhappy” with the constructive criticism they received during annual performance reviews. This explains the results from a separate study conducted by Deloitte, where 58% of responding executives noted that their current performance review process drove neither employee engagement nor high performance. To make matters worse, an internal investigation of Deloitte’s own processes discovered that completing forms, holding meetings, and creating ratings consumed almost 2 million hours per year.

Hmmm… time-consuming processes that hinder productivity and performance? It sounds like change is in order!

Today at Deloitte, every manager must check in with each team member at least once a week to set expectations for the coming week, review priorities, comment on recent work, and provide course-correction and coaching. Other companies like GE and Adobe refer to these regular meetings as “check-ins” or “touchpoints,” where priorities are updated based on customer needs, great work is recognized, and employees are coached instead of critiqued.

Since instituting these new employee feedback processes, GE has seen a fivefold increase in productivity. Meanwhile, Adobe has saved approximately 80,000 hours of managers’ time and has experienced a 30% reduction in voluntary turnover.

The takeaway for your business is that regular—not annual—feedback that is focused on key priorities and coaching rather than critiquing is a more productive way to improve employee morale and increase productivity.

Quote of the Week: “Feedback is the breakfast of champions.” – Ken Blanchard

Looking to spruce up the office?